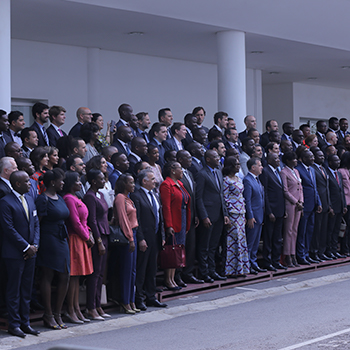 
After a first meeting in Paris in June 2015, a second one in November 2015 in Marrakech, a third in june 2016 in Paris, a fourth in Cairo in January 2017 and a fifth meeting in Algiers in May 2017, the Institut Choiseul has organized a sixth Choiseul Africa Summit in Abidjan has reunited the Choiseul 100 Africa laureates as well as various African and European leaders, on May 4 & 5 2018.

Find below the photos of this sixth edition as well as the certificate presentation :